Foreign Media is more interested in lately revealing facts about the past of Albania than about the new modernization changes on this country. Agence France-Presse (AFP) is dedicating a full report to the bitter part of communist regime in Albania, which is shown through the Museum 'House of Leaves', opened in May this year. 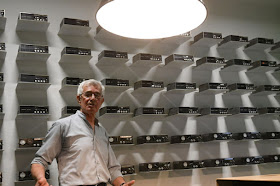 AFP is describing the history of Albanian Communism through a trip to the chambers of House of Leaves displaying the equipment, the notes, the documents of that time. This house is considered similar to STASI office during the Nazi Regime in Germany. A house where people were spied, questioned, arrested and tortured.

AFP met Nesti Vako one of the persons who used to work in this notorious House, where him and his colleagues listened and spied private conversations of Albanians during the dictatorship regime.
Nesti is testifying how they did this work, how they placed the listening equipment in hotels, embassies in different places such as under tables, under chairs, in picture frames and everywhere. Nesti is now a snow-haired, but that time has been the chief of surveillance. 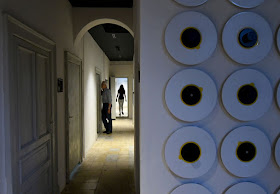 According to the Albanian association of former political prisoners, 5,577 men and 450 women were executed by the paranoid regime, while tens of thousands more were sent to prisons or camps for forced labour or internment.

The opening of the House of Leaves is seen as a step towards facing that dark chapter of history, and follows the conversion of two of Tirana's communist nuclear bunkers into museums in recent years.